By 2035, it is estimated that another 15 cities around the world will have populations exceeding 10 million. Ho Chi Minh City (HCMC) will be one of these new global megacities. In addition to a complex economy and world-class infrastructure and developments, a major component of its evolution relates to how HCMC will define its transportation strategy moving into the future.

If you’ve never been to Ho Chi Minh City, there’s almost no way to describe the volume, the flow, the dance, and the threatening crush of motorbike traffic that has come to define its streets. It’s a continuous movement of metal, noise and exhaust fumes that’s dynamic, unique and that I’ve come to love. In a way, motorbikes have been the perfect solution for this city. They’re affordable, compact, agile, weather-appropriate, and efficient – but can they support the city’s progress?

What Could Replace the Beloved Motorbike?

While off to a slow start, HCMC is building a metro system with Line 1 beginning below-grade in the District 1 CBD, elevating through District 2 and connecting to District 9, slated for 2020. The long-term plan calls for seven metro lines running in every direction to create a backbone for a new transportation system for the city. This future vision bypasses the historic urban model of streets clogged by private automobiles and transit ridership generated by attrition from a congested and failing road system. The hope is that motorbike ridership will shift to transit based on convenience. That’s the best-case scenario, and of course there’s a flipside to the coin.

At last count, HCMC registers 750 new motorbikes a day and over 8.5 million hit the road daily. Imagine how traffic would change with only a small percentage of motorbike ridership transitioning to automobile use in a city of over 10 million people? Private automobile ownership is growing quickly in HCMC and the impacts can already be seen (and felt). The actual area of city streets is fixed, and each new car occupies the space of six or more motorbikes, with less manoeuvrability and flexibility.

Private car ownership is increasing alongside personal economic growth. According to a report by Vietnam Investment Review, “by 2035, more than half the country’s population will join the ranks of the global middle class, with a spending of $15 or more per day.” The typical next step in the ‘traditional’ economic development story is a move to the private car. But is that the right move for this city – a city that doesn’t have the road capacity to accommodate further growth in automobile use? Is a ‘traditional approach’ the right move for any city in today’s era?

How Do We Design For an Unknowable Future?

If there’s any industry within which we’re seeing massive change, it’s the automotive industry. The use and ownership of private automobiles is entering a state of radical transition, particularly in urban settings. With autonomous, self-driving vehicles on the horizon and the testing of flying cars slated for 2020, there will be a fundamental change in how automobiles and motorbikes make their way through our cities.

Is it smart economic sense to invest in private car infrastructure – freeways, parking lots, bridges – when the fundamental transportation mode as we know it is in radical transition? How do we design infrastructure that’s flexible enough to accommodate future methods of transportation – methods we can’t necessarily predict, i.e. we can’t know with certainty which technology will ‘stick’?

Within HCMC’s Central Districts, there’s potential for a system of “priority” streets, where traffic lanes or complete corridors would be dedicated to a particular transportation mode. Imagine a grid of streets where one corridor is dedicated to, for example, the through-traffic of autonomous vehicles, buses and transit, while another street is dedicated to motorbikes and pedestrians. This may very well be the future of the city where limited road space must accommodate maximum people movement, safely and efficiently. This strategy is well-utilised in cities with a strong and regular urban grid such as Barcelona, where each corridor has a well-defined priority. In a city like HCMC, with a large block pattern and a less regular urban grid, it may be more difficult to implement, but there is great value in organising streets with a hierarchy of users.

How Do We Connect People to Places in a Future Vision For HCMC?

The other key to the success of transit implementation will be the development of the public realm to a higher quality of pedestrian-oriented design using strategic connections. Transit users are pedestrians at one end of their transit journey or the other and are dependent on accessible and easy connections from stations into the surrounding urban fabric. The redevelopment of Saigon Central Park in HCMC’s District 1 is an example of the type of regeneration that will propel HCMC into the future. 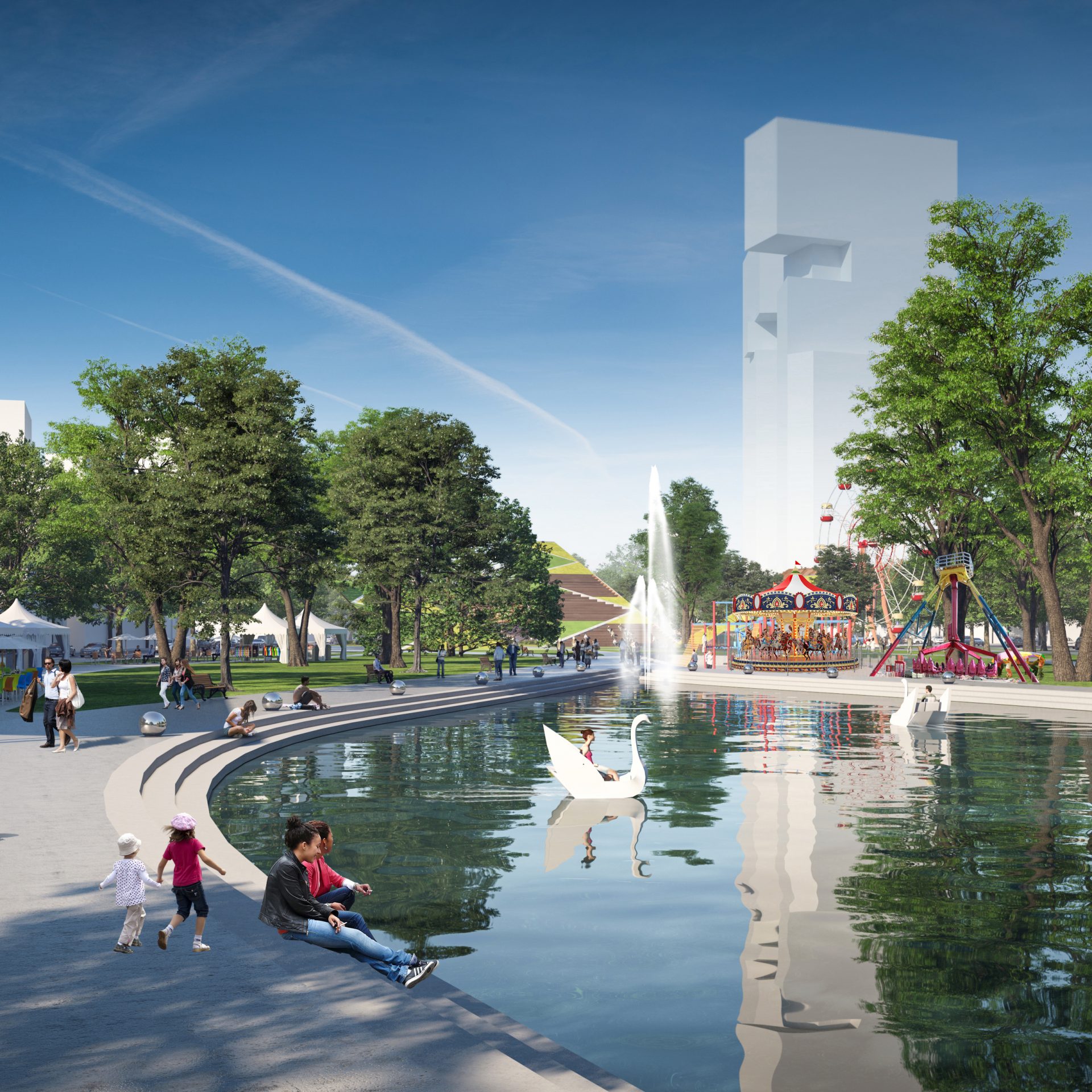 The motivation for the regeneration of the park relates partly to the new metro system. The surrounding area features a vibrant and dense mix of uses and the park itself is designed as a main transit hub for the city and to create a central commercial and retail centre that will feed the metro station with pedestrian traffic. HCMC will begin to transform into a walkable city with an improved public realm, replete with sidewalks, parks and linkages connecting through higher density neighbourhoods to metro stations – complementing and supporting a growing and thriving metro system for the people.

A bright future for HCMC depends heavily on how we move people through the city as the population multiplies. Considering the limitations of the existing infrastructure and the inherent unknowability of the future, it makes sense to look at HCMC within the lens of its unique context – particularly focusing on what’s working and what’s not. Applying a one-size-fits-all approach rooted in traditional development stories simply doesn’t make sense. By developing the local transit system and discouraging car use, the motorbike doesn’t need to disappear. In fact, it can continue to live as an efficient, agile, and sustainable mode of transportation in this future megacity.