To navigate the pursuit of one of Ontario’s first net-zero energy institutional buildings.

The Joyce Centre for Partnership and Innovation (JCPI) at Mohawk College opened its doors to students in the fall of 2018 and has since become the first institutional building to be certified for both Design and Performance categories under the Canada Green Building Council’s (CaGBC) Zero Carbon Building Program. Since completion, the campus facility has generated more energy than it has consumed, via solar power and a large-scale geothermal energy system for heating and cooling. A joint venture by mcCallumSather and B+H Architects, the 96,000 square-foot facility is a catalyst for change in the region, positioning Mohawk College as a knowledge centre for carbon-neutral technologies and operations.

As both a national and global pilot project, the building helped determine the requirements and standards for the CaGBC Zero Carbon Buildings Framework and is contributing to the World Green Building Council’s (WGBC) “Advancing Net Zero,” initiative, a global project which aims to ensure that all buildings are net zero carbon by 2050, with all new buildings being net-zero carbon by 2030. The building has also won numerous awards including the CaGBC’s – Greater Toronto Chapter – Innovation in Sustainability Award and was a Medal Recipient for the Royal Architectural Institute of Canada – RAIC Awards of Excellence – Innovation in Architecture Award. 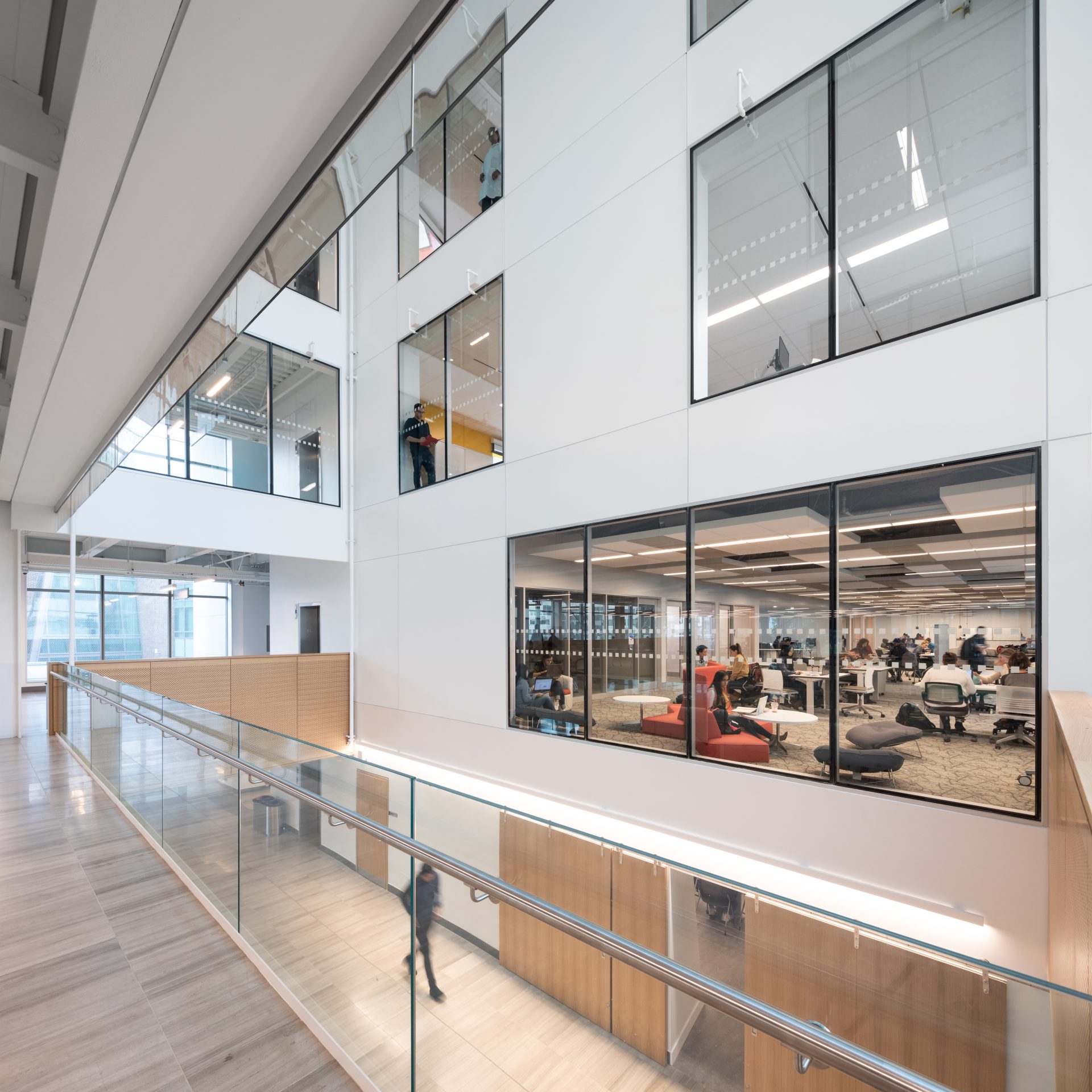 Driven by a side-by-side vigilant adherence to both the financial and energy budgets, accounting for the eventual energy consumption of all building sub-systems — e.g. including lab equipment, mechanical systems, and a realistic allowance for unregulated plug loads such as laptops—this all-electric building is designed to meet rigorous net zero energy and carbon performance targets and incorporates the latest in energy-efficient materials and processes. The Joyce Centre features solar-powered, state-of-the-art labs, workshops, open study spaces and flexible lecture theatres. The mechanical and electrical spaces, as well as the green roofs, are accessible to all and intended to be part of the learning environment.

“We believe employers will be looking to significantly boost their understanding of carbon-neutral technologies and operations due to provincial mandates. The Joyce Centre will allow us to become a knowledge centre for this emerging point of emphasis. We aren’t just building a centre to house new lab space, in many ways we’re building the lab itself.” ~ Mohawk Collage Chief Building and Facilities Officer, Tony Cupido

The JCPI has created a new paradigm for both sustainable building and collaborative learning in North America and underscores a cultural shift in occupant behaviour from open energy consumption to personal accountability and to simultaneously foster collaborative work spaces versus classrooms to promote problem solving and learning where the best idea of staff or student wins. The building is making users aware of group collaboration and accountability as well as taking responsibility for the energy they are consuming.  This dual purpose of group work and accountability requires them to change their habits, from day-to-day actions such as charging laptops and mobile devices at home instead of plugging into the grid for hours on end to group problem-solving and open teamwork learning.  Satisfaction results of the layout and fit-up of learning spaces and the net zero carbon reduce consumptives responsibility placed on occupants is high.

“The building is an incredibly powerful symbol for the city and the region as it continues to evolve into a healthcare and educational hub,” said McCallum. “It’s reflective of current and future trends in sustainability and pedagogy and demonstrates leadership in a meaningful way, proving the public sector can drive change.”

Invest in Hamilton – Mohawk’s New Centre for Partnership and Innovation

Third Award in Architecture, Construction & Design for the Re-thinking the Future Awards

RAIC Award of Excellence for Innovation in Architecture

RAIC Medal for Innovation in Architecture: The Joyce Centre for Partnership & Innovation

We Can Be Zeros: Mohawk College’s research centre takes the crown as Canada’s largest net-zero building

A Collaborative Approach to Educational Design

An Inspiring ‘Home’ on Campus